The F-35 is classified as a 5th Generation fighter, and it features a range of technological advancements that give it a significant advantage over 4th Generation aircraft and other threats. 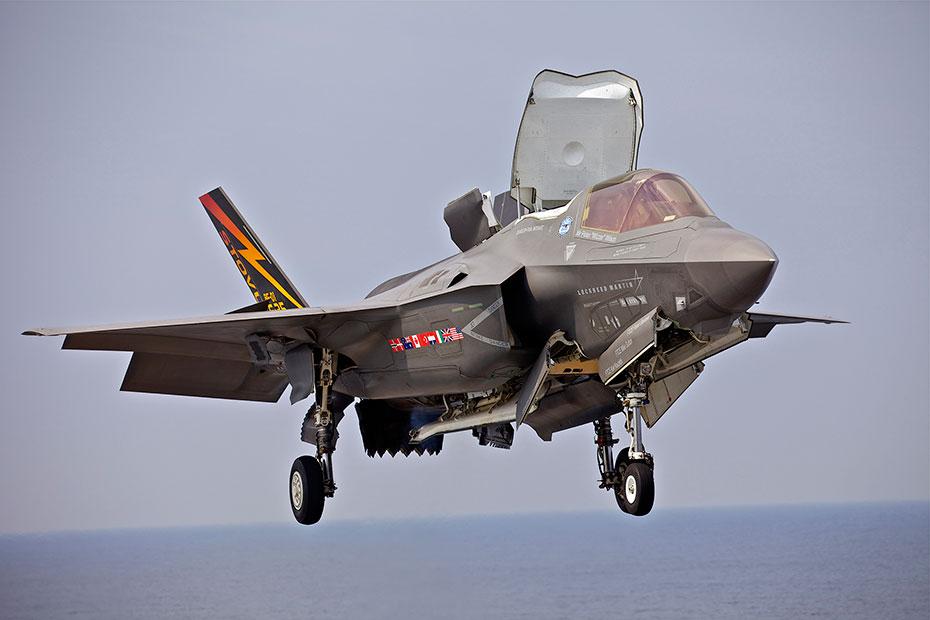 Lockheed Martin is the prime contractor, with assistance from principal partners Northrop Grumman and BAE Systems. Pratt and Whitney builds the F-35’s incredibly powerful F135 propulsion system. Nine partner nations–the United States, Australia, Canada, Denmark, Italy, the Netherlands, Norway, Turkey, and the United Kingdom–are involved in the development of this aircraft, with the United States playing the lead role. All of these factors make the F-35 the biggest weapons program in history. This poster documentary features stunning, high resolution images by U.S. Air Force, Navy, and Marine Corps photographers—each would make an excellent print or wallpaper! 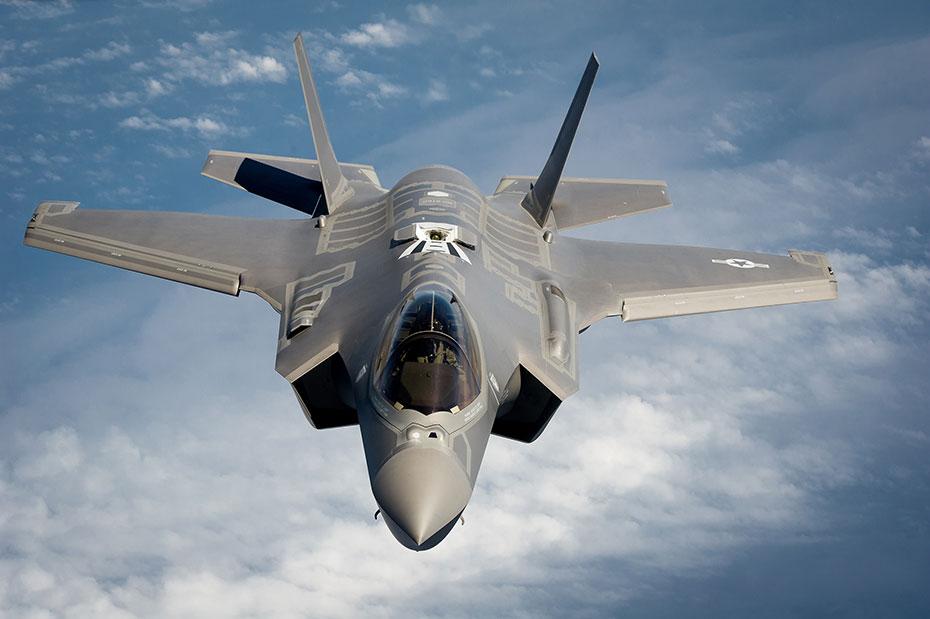 Photograph by US Air Force Master Sergeant John Nimmo, Sr., May 16, 2013. An F-35A Lightning II maneuvers into position to refuel with a KC-135 Stratotanker.

As an advanced stealth fighter, the F-35’s primary purpose is to attack precision targets guarded by air defense networks. The F-35’s stealth comes from its design—it has internal weapons bays, divertless engine intakes, aligned surfaces, special materials, and other low-observable characteristics that allow it to remain undetected. 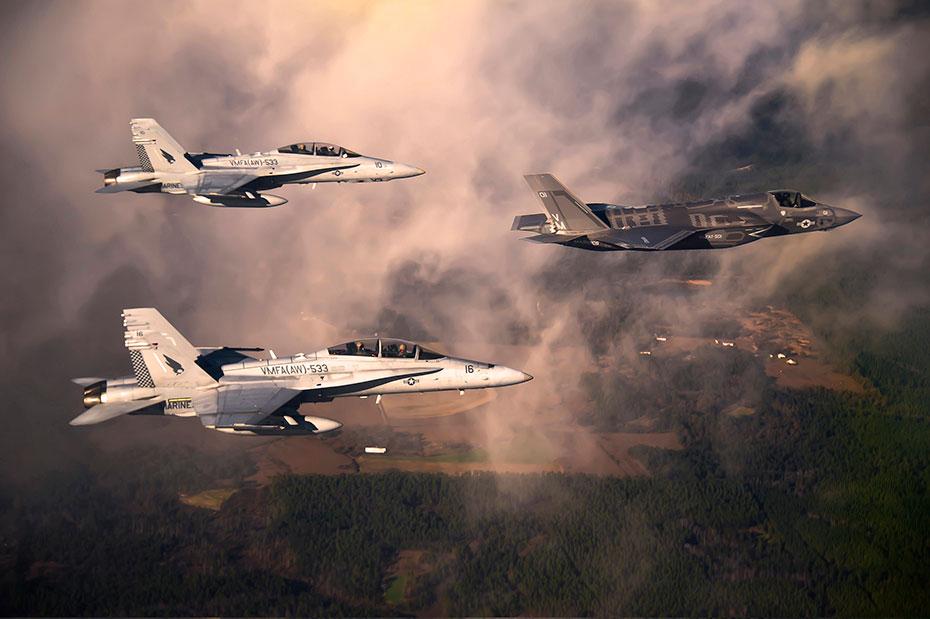 Photograph by US Air Force Staff Sergeant Joely Santiago, January 11, 2012. An F-35 Lightning is escorted by two Marine F/A-18 Hornets as it flies towards Eglin Air Force Base in Florida. 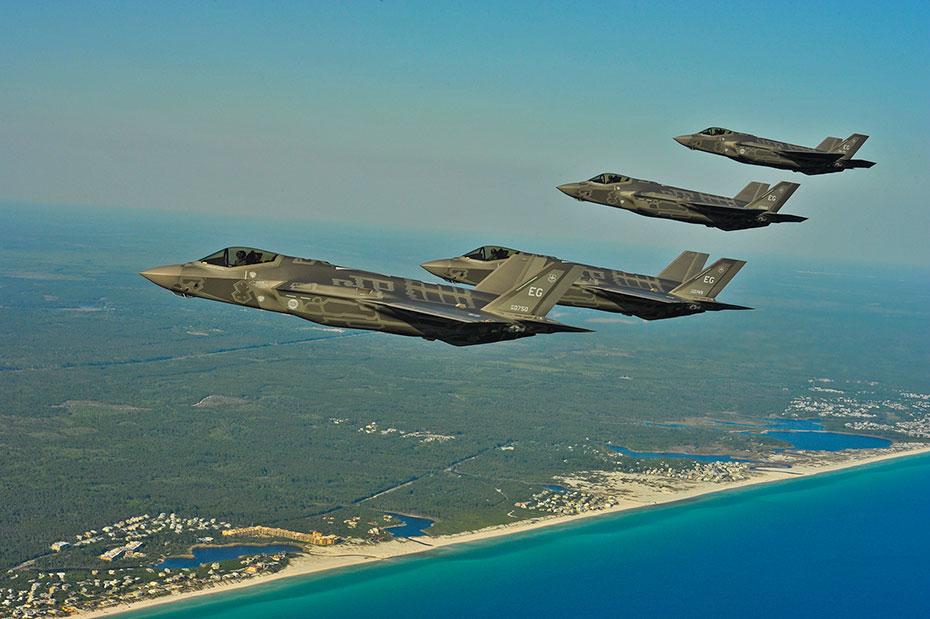 Formations of F-35s are networked, and capable of exchanging information between aircraft without emitting signals that could be jammed or intercepted. Data is also immediately shared with commanders on the ground and at sea. 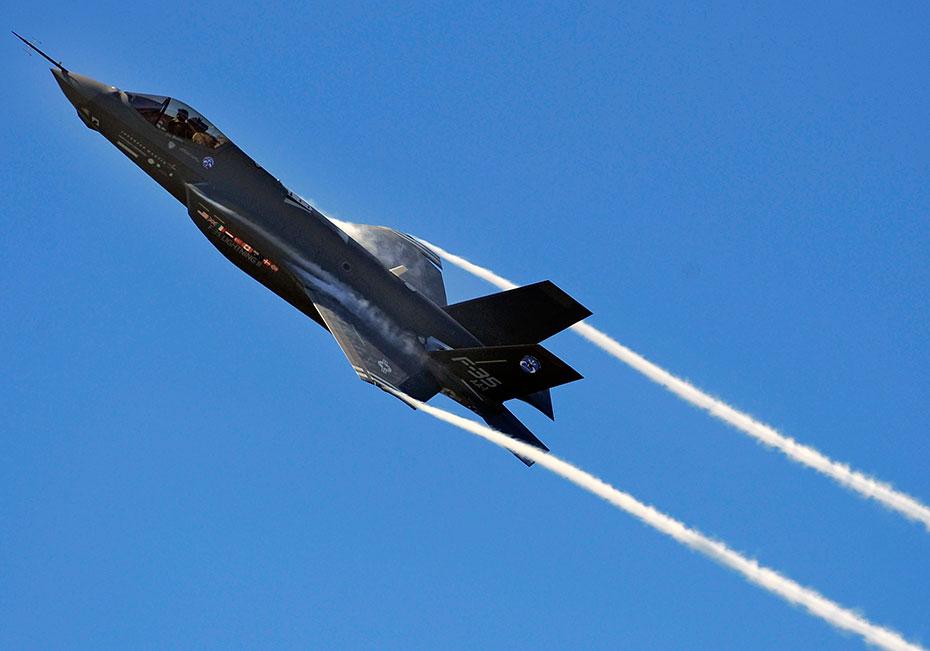 The F-35’s cockpit features a panoramic touchscreen display that fills the entire instrument panel. On the outside, an Electro-Optical Distributed Aperture System uses sensors and cameras to project the views of behind and below onto the helmet’s visor, which gives pilots a 360 degree view of their surroundings. 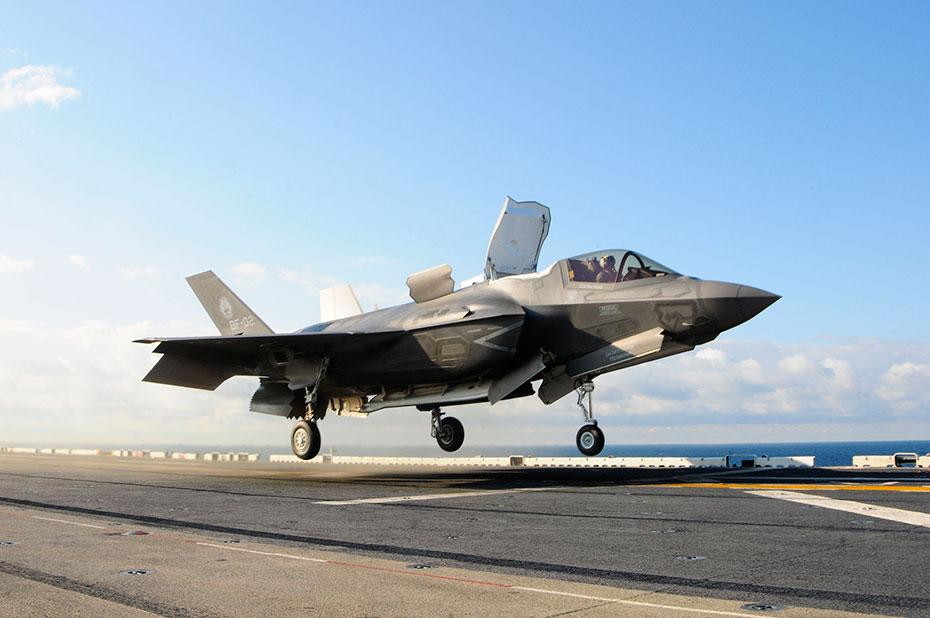 The F-35 comes in 3 variants: the F-35A conventional takeoff and landing (CTOL), F-35B short takeoff/vertical landing (STOVL), and F-35C carrier variant (CV). The wide shape of all F-35s is dictated by the need to incorporate a lift fan into the F-35B, which allows it to hover. F-35Cs have have enhanced landing gear and are catapulted from aircraft carriers. 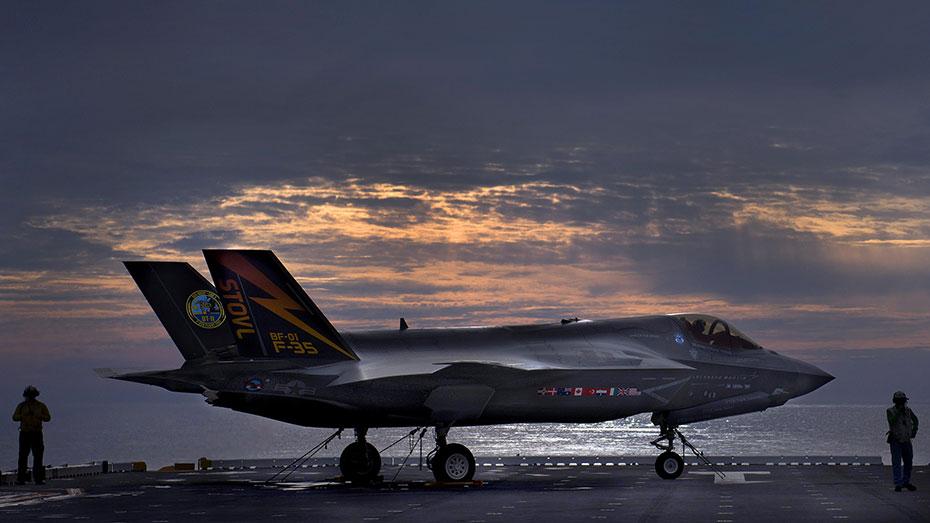 Photograph by US Marine Corps Sergeant Tyler L. Main. An F-35B Lightning II tests its capabilities on the USS Wasp off the coast of North Carolina.

The F-35’s combination of superior stealth, advanced avionics, speed, and agility make it a true multi-role fighter. It excels at air-to-surface combat, electronic attacks, intelligence gathering, and air-to-air combat, among other functions. More than 100 F-35s have been built already, and by 2037 the USA plans to have 2,443 F-35s in service.

MPC is proud to have served the Aerospace and Defense industries for over 50 years. We are thrilled that Metalphoto anodized aluminum, our most durable material, is used for component labels on the F-35 Lightning II! This astonishing aircraft – and Metalphoto – is built to withstand incredibly harsh conditions. Metalphoto has been tested against harsh chemicals such as kerosene and JP-4 jet fuel – as well as temperatures up to 650 degrees. Here is a glimpse into how the Metalphoto technology works. We’re incredibly proud to provide a small piece of the technology that makes the F-35 Fighter possible. 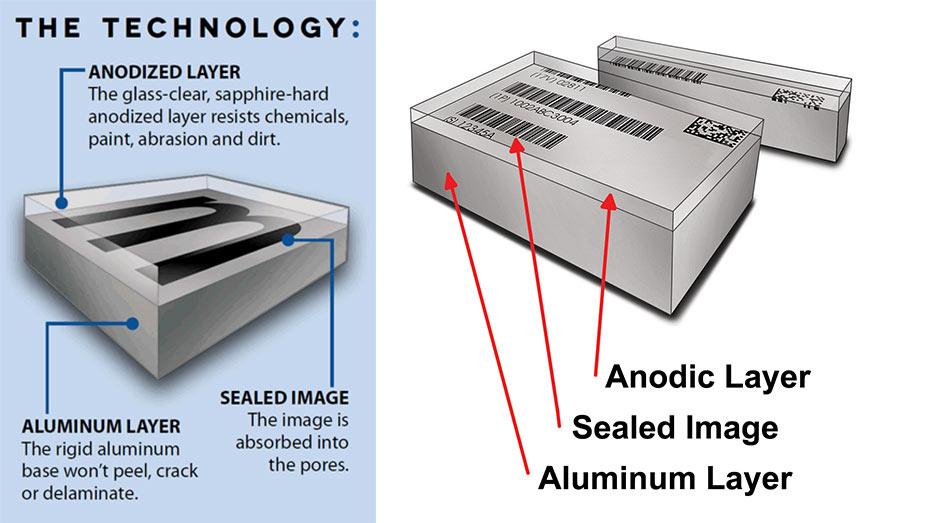 MPC uses Metalphoto technology in a variety of industries:

We hope you enjoyed our Poster Documentary of the Lockheed Martin F-35 Lightning II. Let’s give a big thanks to these photographers in the Armed Forces for taking such incredible pictures and releasing them to the public! 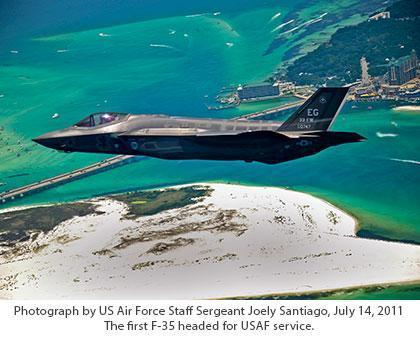 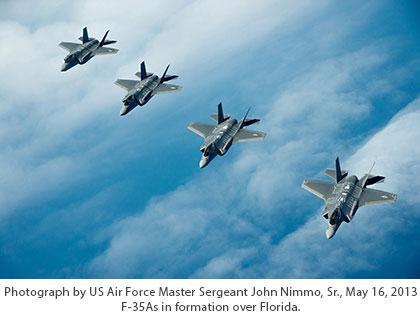